The phases of the hit at Polo 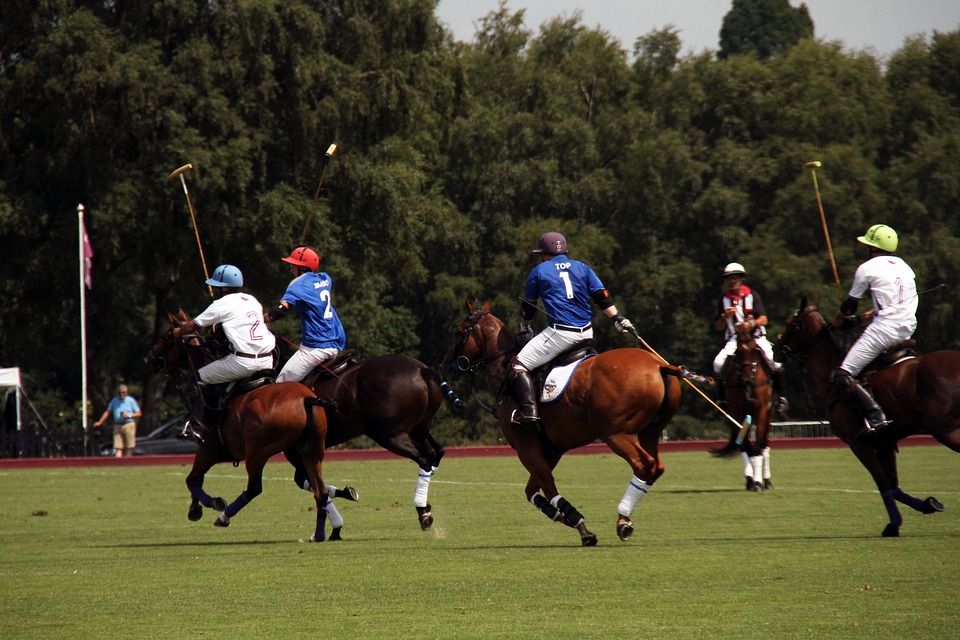 As is already known, Polo sport has many peculiarities, today we come to tell you one of them: the phases of the hit.

1. Brace or Stance: In the pre-downswing position, the right hand must be above and behind the player’s head. The elbow seeks its full extension, although it does not reach it until the moment the blow begins. The left shoulder seeks to target the ball in front, thus the trunk undergoes a clockwise rotation. The alignment of the shoulders, following the direction of the shot, establishes a continuity with the right elbow and hand, through an anteroposterior axis, the cue head points forward, above and slightly to the left of the player’s head. The trunk is placed with a slight flexion (inclined forward), in clockwise rotation (to the right) and a slight inclination to the right.

2. Downswing or swing: The swing is performed based on a movement of the trunk (back-lumbar spine) and shoulders. The player’s head is maintained in such a way that it acts as a pivot, or as an axis and control of movement, instead of being dragged along. The view, with the head and neck, follow the ball. The elbow must be extended throughout the swing, otherwise the natural path of the cue head would be altered, affecting the power and precision of the shot. The centrifugal force from the cleat head should feel like a pulling force from the upper limb. It is important to be carried away by consistent movement and traction without intending to print greater force at this critical time. The left upper limb does not significantly change its position and the hand rests on the horse’s cross, serving as the pivot of the swing movement.

3. Shot: The heel comes to be as in extension with the axis with the longitudinal axis of the right arm. The face of the “cigar” must be transverse to the shooting line, otherwise a rotating effect with an uncertain direction is imprinted on the ball. This is one of the most frequent defects in which it falls when trying to give the ball a stronger impulse by rotating the cue head at the moment of impact. The alignment of the shoulders in their joint movement, becomes perpendicular to the horse’s straight line of travel. In a normal shot, performing correctly, a swing can be seen in such a way that it allows the cue to touch the ground without any movement being verified in the player’s head.

4. Follow-through or finish: The completion of the swing does not end in contact with the ball, it continues after it. This stage is usually underestimated, considering it a waste of time, but it is important for the player to acquire the habit of not suppressing this final accompaniment. If not considered as part of the stroke, the arc of movement is generally reduced, reflexively or unconsciously, such that a braking effect may manifest even before the ball is struck, which may adversely affect the blow efficiency. The end of the swing therefore fulfills several functions, the most important of which is not to hinder the blow with a “change of movement” on the moment of impact.

As in any sport, there are several strokes that can be learned to become a good polo player, but in all of them the correct execution of the phases of the stroke is very important.