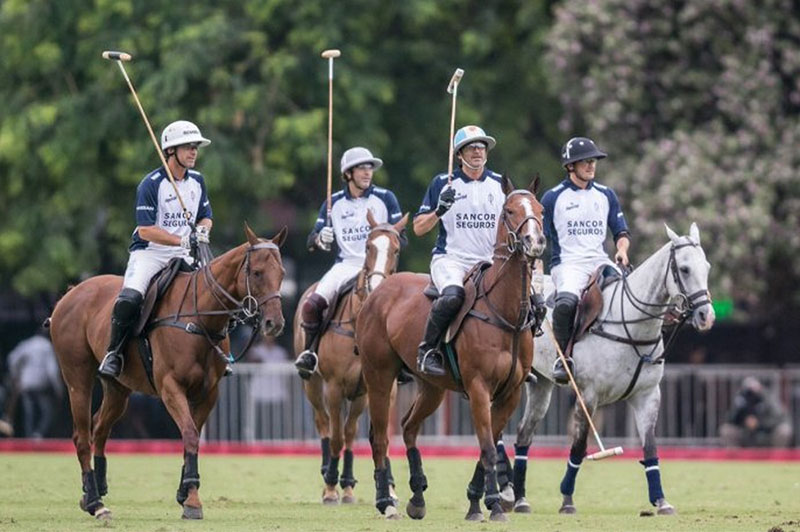 Since Polo is a team sport, connection and synergy of polo players in a team are essential to obtain good results.

In Argentina, there are several teams that understand this and today they are the referents of the polo sport worldwide.

The 3 main clubs in our country are:

La Dolfina is an Argentine polo team founded by Adolfo Cambiaso and Bartolomé Castagnola in 1997. Currently, this team is one of the best in the country.

In it championship history, this team won the prestigious Argentine Polo Open Championship 11 times and played 17 of the last 18 finals of this tournament. It has also won 9 times at the Hurlingham Open and 6 times at the Turtle Open. Lastly, in 2015 it became the only team in history to win the Triple Crown three consecutive times.

Ellerstina is a polo team founded by the Argentine polo player Gonzalo Pieres and Australian businessman Kerry Packer in 1992. Since its founding, Ellerstina has become one of the main and

best teams in ArgentinePolo, having won the Argentine Triple Polo crown on two occasions in 1994 and 2010.

Since its creation, it has become one of the main high-handicap teams, showing one of the most superlative games in the history of polo, reaching teams with 40 handicap goals.

Coronel Suárez Polo Club is an institution established in 1929, in the city of Coronel Suárez, Province of Buenos Aires.

This is probably one of the oldest polo teams in our country. In the field , the ostentatious club had the privilege of being the maximum winner of the Argentine Open Polo Championship with

The club holds the record for the youngest player to win the Argentine Polo Open.

The polo player Roberto Benjamin Mascota achieved it at the age of 17 in 1978.