Behavior of a horse 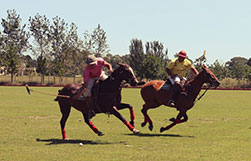 The horse is very docile and noble. You can approach him safely.

Although sometimes, if he is very young and scary, he is suspicious of the man as a predator from whom an attack can be expected. If this were done by a full-fledged horse, the responsibility would almost always be to the inadequate treatment of man.

A signal that for us is a trifle that goes unnoticed, is often a cause for alarm for them. Knowing these things, we will explain better the behavior of the horses.

Sometimes we confuse these reactions with bad behavior. This behavior of the horses has allowed them to survive in the fight between prey and predators about fifty million years. We, homo sapiens, only have about 195,000.

That’s why the horse has such a quick response time. It must react instantaneously to the threat, real or figurative, of a predator.

When a colt in a pack thinks it has seen or heard something that terrifies it, it usually runs a short distance before stopping and looking back. Check if what scared him deserved to have run. And he wonders why the rest of the horses in the group have not modified their behavior. He has not even stopped eating. In a short time, the frightened horse will calm down and go back to grazing.